The Industry's Leader in Livestream Training for Hyperbaric Medicine and Wound Care.

Courses approved by UHMS and NBDHMT.

Course postponements, changes, and updates are listed on the courses calendar page here. 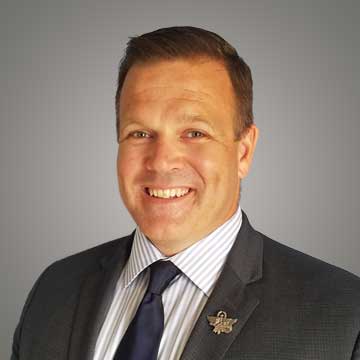 Phillip is the author and Chief Instructor of, Move - Maintain – Attack (MMA): Active Shooter Response Training for the Healthcare Professionals.

Phill has over twenty years of experience in the training and operational communities. Beginning as a United States Marine assigned to the Fleet Anti-Terrorism Security Teams (FAST). After FAST, Phill served as the lead Water Survival Instructor and Chief Scout Swimmer for the 24th MEU which was comprised of over 2500 Marines and Sailors.

Immediately following the Marine Corps, Phill become a police officer and spent the next 14 years in a variety of assignments including Patrol, Field Training Officer, Instructor, Patrol Supervisor and SWAT. PhillI served on one of the largest SWAT teams in Pennsylvania as an Entry Team Leader and Training Coordinator. Having participated in hundreds of tactical operations he gained invaluable experience in a number of critical incident skills. As training coordinator Phill managed all aspects of the team's training development, sustainment training and authored the team's Basic SWAT School curriculum. In 2014, he retired early to take an opportunity in the firearms industry as a full-time trainer.

In addition to his time spent in service, Phill have been active within the private training community since 2004. He has held positions with Phalanx Training Group, US Shooting Academy, Direct Action Tactical and as Vice President of Range and Training with a large central PA firearms retailer, range and training center. During the course of these assignments Phill was able to design courses and develop curriculum for a wide variety of topics and deliver them to a diverse audience. Phill has worked as a security and training consultant within the following communities; Law Enforcement, Military, Private Security, Corporate, Educational, Houses of Worship, Health Care and Personal Security.